About Us
Join Us

Who we are and how we got here.

A marked increase in Jewish immigration from India to Canada began in the early 1960’s. Most families settled in Toronto; some settled in Hamilton, Montreal and a few in other parts of Canada. Many of these families, who had settled in Toronto, did not attend High Holiday services at the local synagogues because of high fees. In 1970, a couple of families managed to arrange affordable High Holiday services for the Bene Israel community. For some families it was the first High Holiday services they attended since leaving India. As more Bene Israel immigrants from India settled in Toronto, they felt the need to get together socially, to be supportive of each other and provide opportunities for their children to get to know each other. In 1978, several families made a concerted effort to organize a social event. Letters were sent out and a potluck social was held in a local public school in Scarborough in November 1978. It was a great success! The organizing group was encouraged by the response and the participants expressed a need to get together as a community and have some fun. After a few successful functions, such as a Purim social in 1979 and a picnic in July 1979, some families expressed the desire to organize High Holiday services according to Bene Israel tradition. Some individuals had doubts about taking on this initiative and some others were opposed to the idea altogether. Those in favour of the idea met and in September 1979, High Holiday services were held at Jewish Women’s Council House on Bathurst Street. In February 1980, it was decided to establish an umbrella organization of Jews from India residing in North America. The process to incorporate the organization began in 1980 with the writing of the Constitution for Congregation BINA and an application was made on behalf of the group. On March 31, 1981, the corporation was registered as Congregation BINA in our Letters Patent.

In those early years, the Beth David B’nai Israel Beth Am Congregation (BDBIBA) lent us two Sefrai Torah for our use during services. Our first Sefrai Torah was donated in 1981 and the second in 1989. In 1997, Congregation BINA purchased a third Sefer Torah in Toronto. It was welcomed with much rejoicing at Rosh Hashanah. Each year, BDBIBA has generously stored our three Sefrai Torah during the year.

Congregation BINA has achieved a lot over the years by the diligence, dedication and enthusiasm of its various Board members and the active support of the community. Hours of hard work, lovingly given, have formed the cornerstone upon which the foundation of this organization was laid.

Remember someone on our Online Walls - Coming Soon...

Want to join us to experience the India in Judaism?

How Do I join Congregation BINA?

Find out how BINA's various committees work with the congregation. 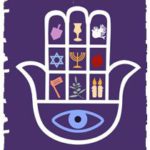 The Ritual Committee organizes all the high holidays events, bar/bat mitzvah and other religious community events.

The liasion committee liaison with the wider Jewish Community which resulted in us receiving requests for training young people in Bene Israel melodies both from within and outside our small community for Bar/Bat Mitzvah and weddings.

The social committee works in connection with the Ritual Committee and help to organize non religious events during the high holidays. 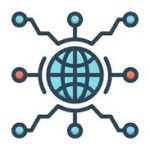 The Communication and Technology committee helps with maintaining our website, email, applications, message blasts to the community.  It also works on fixing processes which could help cut costs by using technology. 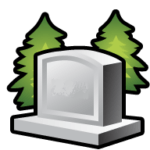 The Cemetery Committee works with the Toronto Hebrew Memorial Parks and other Cemeteries for plots for the community. 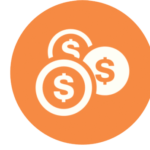 The Finance committee includes the Treasurer and other members of the congregation. The committee works with the Board on all finance related issues.